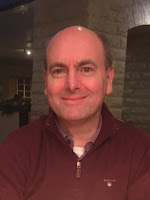 The Funeral of John Fitzgerald will take place on Monday 18th Jan at 1.30pm. Due to COVID restrictions on numbers, the family invites you to join them in saying goodbye to John online from the safety of your home, via Zoom live stream.
– The Zoom link is: Meeting ID: 843 6044 5198 Passcode: 820150
Should anyone wish to make a donation (in lieu of flowers) in John’s memory the family have set up the following ‘Just Giving’ links to make this process easier for everyone:
Children’s Hospice South West
or
British Heart Foundation
We ask our Parish Community to surround Jane and the girls with loving prayers and to please pray for John's family and friends at this difficult time.
May his soul and the souls of all the faithful departed, through the mercy of God, Rest In Peace. Amen
SIGNED MASS: LIVE-STREAMED FROM ST NICK’S CHURCH 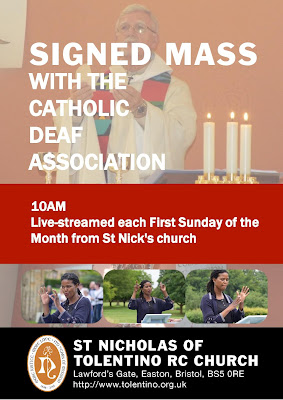 Because of the Covid restrictions, it is not possible for the Deaf Community to come to St Nick’s for their normal monthly Signed Mass - so we are live-streaming our Parish's 10am Mass with Signing by Sherrie Eugene-Hart every First Sunday of the Month (live-streamed from our Parish website: www.tolentino.org then click on 'St Nick’s live-streamed Mass’ page).
Many of our Catholic deaf sisters and brothers can feel isolated at the best of times and these are not the best of times! Most are not aware of the Catholic Deaf Association or the monthly Signed Mass, so please try to contact them with this information.
If you can, please either email Fr Richard McKay (email: richard.mckay@cliftondiocese.com ) with their contact details or ask them to do so.
We want to make this Diocesan Ministry among the Deaf community as available as possible - please help us to do so. Thank you! 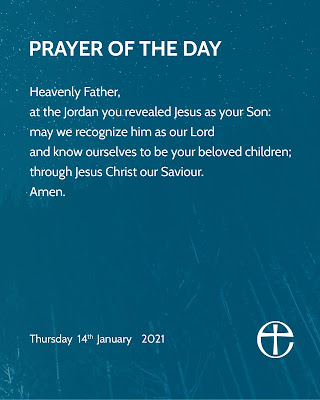 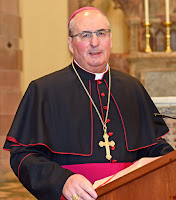 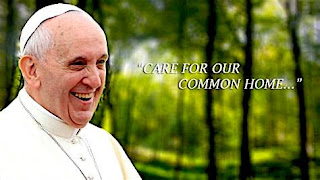 "I thoroughly recommend a Catholic conference on the climate, which is a repeat of one I went to last year. This one is the 22 -25 Jan (Led by Sr Margaret Atkins of Boarbank Hall, Cumbria) and involves about four or five-hour long zoom sessions (you don't have to do them all.)
We could get even more ideas to implement once our parish is up and running more normally. (Link below)
Meantime keep praying and thanking God for all the wonders we take for granted. "
CLICK HERE FOR THE LINK TO THE EVENT DETAILS

Sunday Mass times at St Augustine's are at 6pm for the Saturday Vigil and 9:30 am for the Sunday morning Mass, which has a children liturgy. See all Mass times below...
** All public worship is now suspended during the 2nd lockdown**
There is no Mass at either of our Churches but private prayer times at St Augustine's will take place on Sunday 15th, 22nd & 29th from 10am until 12noon.
Masses at St Augustine's should resume after the lockdown but please keep in touch on this website or on our Facebook page to see regular updates on the situation. Masses will not resume at St John Fisher for the foreseeable future.
If you would like to donate to St Augustine's Church in this testing time and while our churches are closed, please do so below: Thank you for all your support at this time.