The sun shone on our 'Country Fair' on Sat 4th July where the whole community got together in the grounds of the School for Farmyard Fun, a theme chosen to build on the excitement of the impending Shaun the Sheep trail in Bristol.
The school even made their own "St Augustine's Sheep" and the winning design was revealed in front of the 300 strong crowd that had turned up to help raise money for the School's PTFA, the Parish funds and for the Scouts and Guides Supporters Association.
Shaun the Sheep himself even made an appearance to open the fair and lead the Farmyard Fancy Dress Parade to the amusement of the children (and to the terror of others!) and with the School's own Brass Band playing and the Shaolin Kung Fu Academy performing, the visitors has plenty to keep them entertained.
The crowds met the animals from Brandon Trust's Mini Farm, had pony rides, played 'Moo-pla', Splat the rat, Coconut Shy and many other Countryside games as well as enjoying the delicious BBQ and afternoon teas, betting on a Pig Race and fiercely competing in the Tug O' War and Bouncy Animal Space Hopper races in the central arena!
There was even a Farmer's Market Marquee with local stallholders selling an amazing array of produce, from home made rough cider to home grown geraniums!
"Seeing a crowded field of families enjoying themselves whilst raising funds for our community groups is such a pleasure to witness! Even if I didn't manage to bag some of the horse manure for my roses as I'd hoped to!" said one of the team of organisers.
So many of our Parish Groups got involved, running stalls and helping with the planning etc. Not-so-Young club manned the entrance table, The Unit Leaders ran the BBQ, Youth Club ran the coconut shy, BBT's facepainting stall, Parish Projects 'Splat the Rat' and jewellery stall, Governors Tea Rooms, CWL Home Produce in the Farmers Market, the Teacher's ran the Tombola and many PTFA helpers and extra volunteers ran the other stall around the arena.
As this goes to print, it looks as if we have made £2,700 profit from the event, so together with the profits from the Prize Draw, each of the 3 groups will have made over £1,000 each for their funds.
Great work everyone!
No comments: 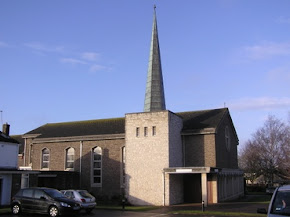 EMERGENCY HOSPITAL ADMISSION
If you or a family member are in hospital and require an urgent visit from a Priest, please ask the Ward Manager to contact the Priest on call using the hospital 'pager' system. There is a rota in place to cover all the Bristol hospitals 24 hours a day. They will not automatically do this for you... only on request.