Yee-Ha! All for a good cause! 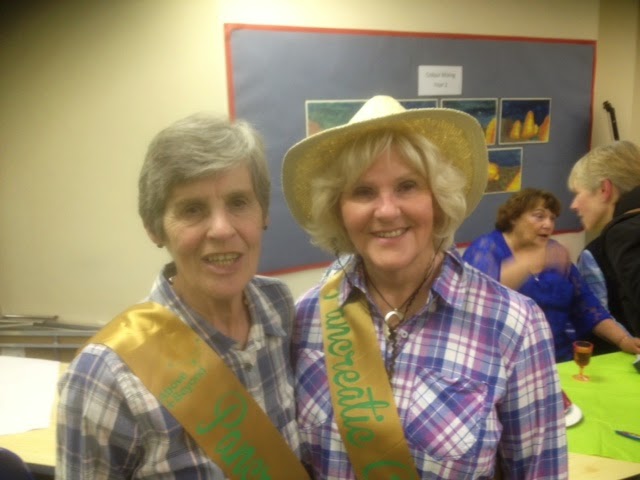 Sat 31st January saw a hilarious hoe-down organised by St Augustine's Parishioners as a Fun Fund-Raising night in aid of The Pancreatic Cancer Charity.
The large School Hall was booked for the night and thank goodness it was, as there were approx. 180 people supporting the event!
The Lucky Seven Band played and instructed us in the art of the reels, waltzes, circles, squares and dashing sergeants which were attempted with varying degrees of success (and a few bruised toes into the bargain!) 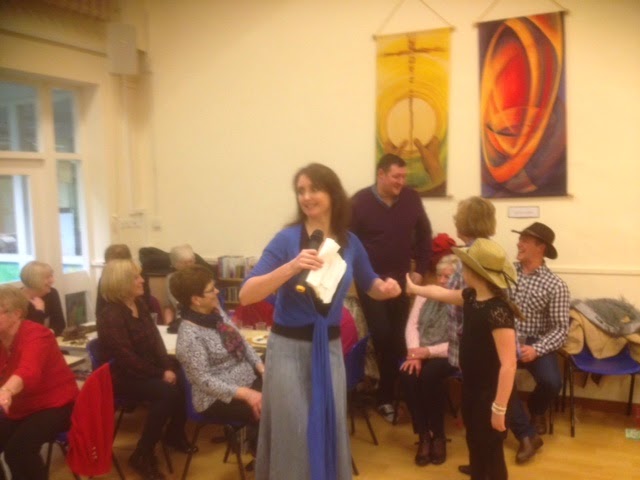 With a 'Ploughmans', kids meals, bar and raffle it looks as if a fantastic amount of money has been raised to help the charity with a request that the money will go towards a new piece of equipment needed at the B.R.I. The full amount raised will be announced in the bulletin soon.
Julia Lee, who was the organiser
said "A HUGE Thank you to everyone who supported the event and to the team who made it happen! What a night!" 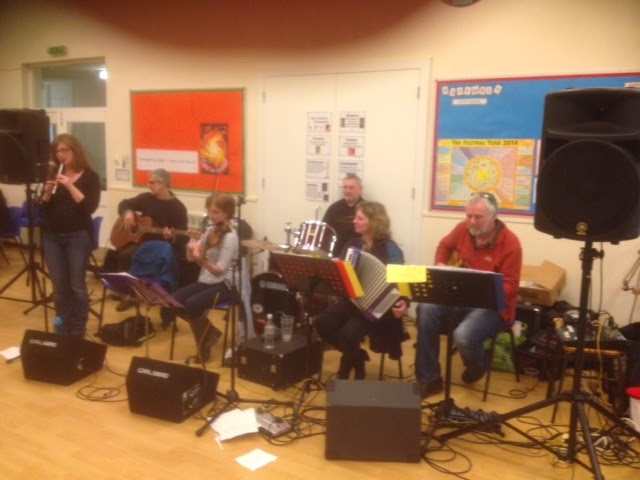 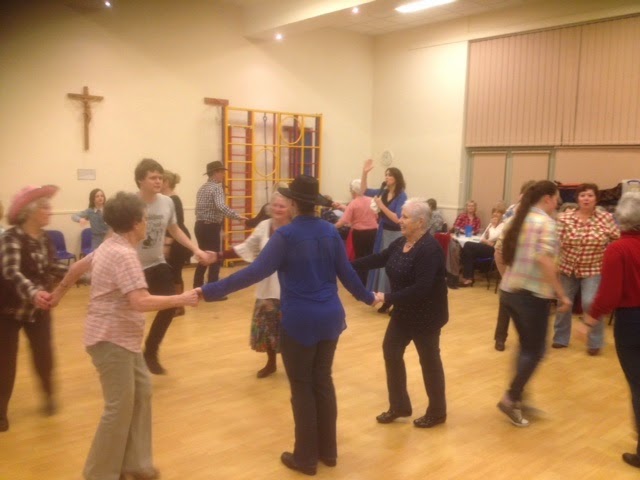 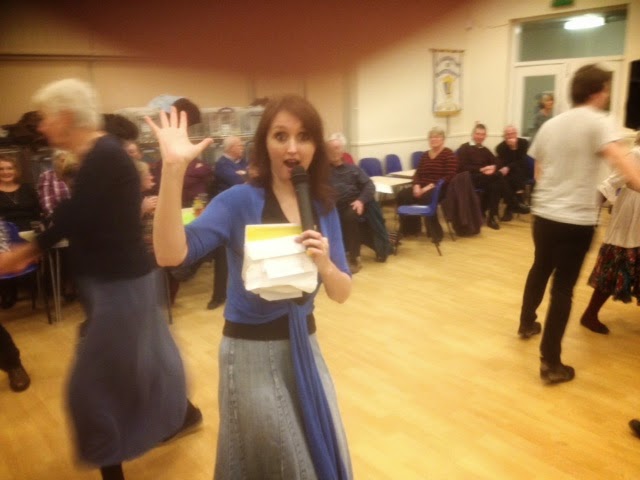